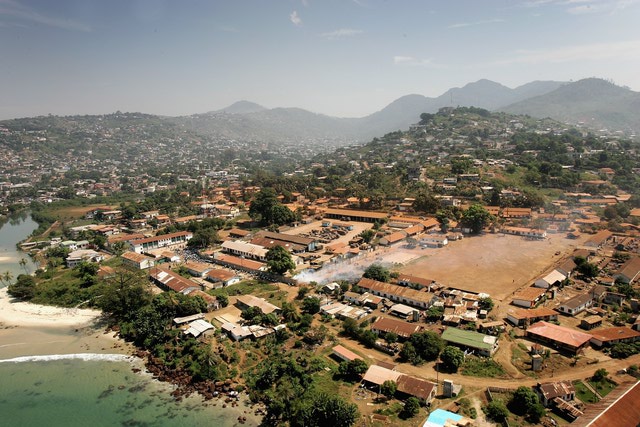 FREETOWN, SIERRA LEONE – NOVEMBER 28: A general view is seen of Freetown on November 28, 2006 in Freetown, Sierra Leone. Sierra Leone was ravaged by a decade long civil war but peace was declared in 2002 and the country has struggled to get back on its feet. Reconstruction continues and travellers are beginning to trickle in. However, life is still hard for many of the residents and it was recently ranked second last in the UN’s most recent Human Development Index. (Photo by Chris Jackson/Getty Images) (Photo by Chris Jackson/Getty Images)