According to FlightAware, 922 aircraft arriving and departing from DIA were delayed as of 10 p.m. Monday. The delays were caused by poor visibility and bad weather. As of 11 a.m., 9NEWS meteorologist Chris Bianchi reported visibility of about 1/8 mile. As of Monday evening, 291 flights had been cancelled. This accounts for more over 20% of total traffic entering and exiting DIA.

As of 10 p.m. Monday, United had nine cancellations and 335 delayed flights. Tuesday morning, things were looking up. Only 30 flights have been cancelled at DIA as of 7 a.m. Tuesday. Almost 90 people were delayed. Southwest Airlines was at the centre of flight cancellations and delays across the country during Christmas week and the following week, causing the airline’s CEO to apologise to passengers and employees.

Last week, DIA officials announced a study of how its three main carriers handled recent weather-related difficulties in order to identify “challenges and triumphs.” Frontier, Southwest, and United Airlines will be evaluated. 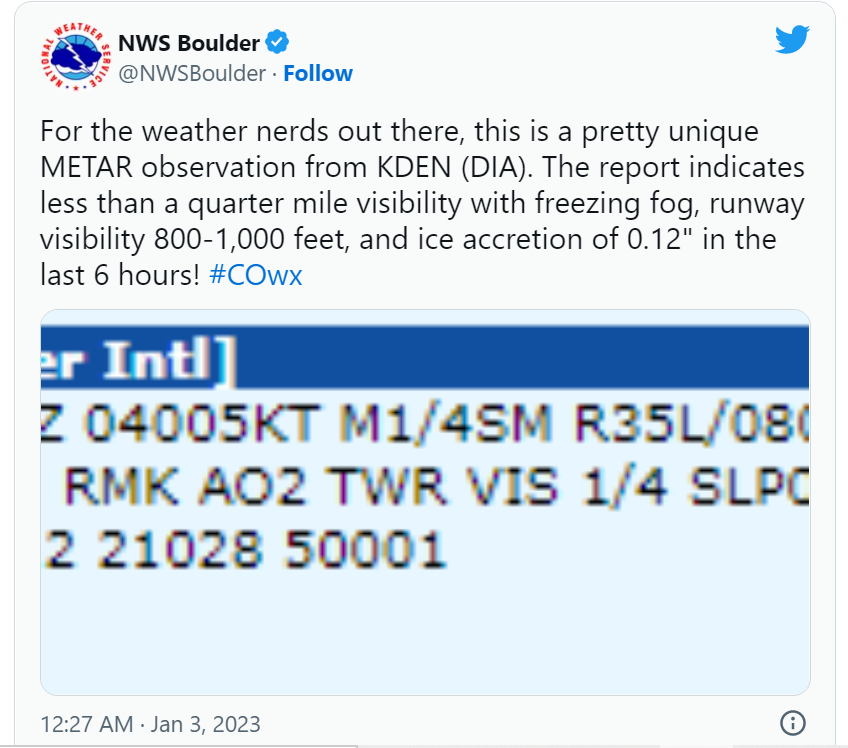